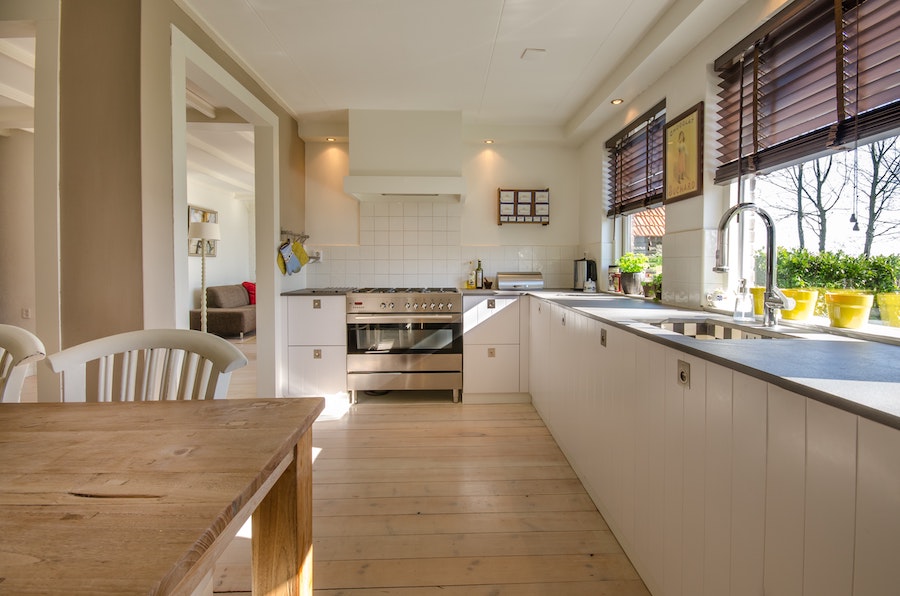 Although the end of the year is night, there are still plenty of trends that are gaining traction that look to continue into 2019.

Regardless of whether you’re looking to expand on your current design or wishing to give your kitchen a complete overhaul, the following trends can help when it comes to inspiration.

People Are Keen for Green

People often find nature calming, so it should come as no surprise that this discreet but alluring colour has found its way into kitchens across the United Kingdom.

Clerwood Kitchen and Bathrooms have stated that customers are requesting various implementations of green into their kitchen design in the guise of palm trees and botanical in a trend that isn’t dissimilar to the floral trend that was popular in the mid-noughties.

The use of hidden storage started early in 2018, but it remains popular and looks to continue its popularity into 2019.

Although everyone has their idea of a dream kitchen, there can be limitations in relation to space. This means that smaller kitchens can soon become cluttered. The use of hidden storage not only offers practicality but can also ensure there is a more peaceful ambience present overall,

Although many of us conjure of images of a mythical being awash with colour, the ‘unicorn’ theme in relations to kitchens is a little more discreet.

When looking at past designs, it’s easy to conform to the same old colour scheme, but the unicorn scheme offers an injection of originality while still being able to offer a colour scheme that inspires and feels homely.

Pale pinks and blues are being matched with discreet helpings of glitter in a trend that’s destined to continue making an impact in 2019.

Patterns Continue to be a Kitchen Staple

It’s not only a myriad of new colours being introduced into the kitchen, but also a slew of discreet patterns which when used in the right way help bring some additional character to your kitchen with little effort.

Lines and herringbone-patterned tiles are finding traction in the kitchen, as are bold features walls embracing the charm and allure that patterns have to offer.

Although many people will be invested in the aesthetics of their new kitchen, others will be keen to ensure that they’re designing a kitchen with the environment in mind. As such, there has been an upsurge in online searches relating to organic materials, and plywood is a material that is gathering momentum among those looking to reduce their carbon footprint.

Regardless of whether you’re looking to create a modern kitchen or looking to portray a traditional style, plywood can leave an impression that is clean and stylish, while being eco-friendly.

Open-plan kitchens have been beneficial to many homeowners due to their space they’re able to offer, but that’s not to say that the design isn’t without its faults.

Although the available space is a plus, it does mean that the kitchen can soon become messy when having guests around.

A broken-plan kitchen not only allows for some additional privacy in the kitchen, but many have found that introducing a broken plan into the kitchen helps reinforce it as a social hub during family time and social gathering.

Are you looking to add some add some additional depth to your kitchen, but are worried that colours may clash? Then the two-tone approach could be one that is beneficial.

Two-tone colours are being introduced in several different ways. One example of this is the use of dark blue cupboard contrast against a light blue base unit. The scheme offers a taste of personality, while still allowing for a uniformed modern aesthetic.

Designers will often look at lands afar for inspiration, so it’s not surprising that the globe has been yet again an influence on the aesthetics of the kitchen. This time it’s Morocco’s time to shine, as its characteristics are made up of large wooden worktops, gold lanterns and mosaic wallpaper.

The inspiration Morocco offers has led to a relaxing yet eye-catching ambience that makes the kitchen the ideal location for both social gatherings and respite.

It’s not only the design of the modern kitchen that has evolved, but also the appliances. The humble kettle has been the go-to appliance for hot water for several years, but more and more consumers are searching for time-saving methods around the kitchen, and hot water tapes have been gaining traction and will prove to be popular for the foreseeable future.

It’s easy to assume that the inclusion of hot water taps are nothing more than a luxury when it comes to kitchen design, but the same was true for dishwashers at one time.

This isn’t to undervalue the benefits a kettle is able to offer, but a hot water tap shouldn’t be dismissed on the assumption it will be too expensive.

The Industrial Them Fits Surprisingly Well

When we think of kitchen design, it’s not often that an industrial inspiration would be at the top of the list, but you’d be surprised at how well the industrial theme works within a kitchen.

It’s most prominent influence is brushed brass, which is being used in various ways in the kitchen, including taps and plug sockets.

Whatever taste you have, there will be a trend that not only fits in with your vision but can actually help conjure up more inspiration as result.