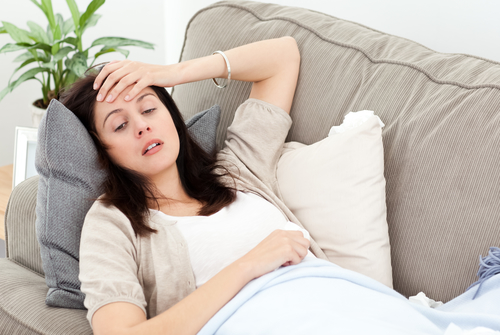 No one likes to discover a pest infestation in the home, and the sight of one alone is enough for people to take action.

However, others may have the opinion that if the problem isn’t too severe, then there is less chance of any repercussions. Unfortunately, nothing could be further from the truth.

Regardless of the severity of the problem, those with infestations need to be mindful that even the smallest of infestations can harbour several different diseases that could go on to impact the rest of the home.

The following is merely an overview of some of the illnesses and health problems that can arise due to a pest infestation, reinforcing the importance of professional pest control.

Just because Hantavirus is rare doesn’t mean it shouldn’t be taken seriously. The illness symptoms include fever and haemorrhage, but worst-case scenarios could include renal failure.

The illness is caused when humans come into contact with urine or droppings left behind by rats or mice. Those who discover urine or droppings shouldn’t be too alarmed, but it makes sense to use a pest control professional as soon as possible.

Although these illnesses can have other causes, the presence of cockroaches can be a contributing factor. The problems can worsen if they happen to land on food, so it’s important that cockroach infestations are dealt with promptly.

The symptoms of salmonella, dysentery and gastroenteritis include diarrhoea and vomiting, although contamination from rats and mice can have similar symptoms.

Illnesses like e-coli, pneumonia and listeria can have several different causes in relation to pests. For example, bird dropping present in the water can cause listeria and e-coli.

When accumulated, bird droppings also have the potential to release a dust that when breathed in can cause a series of respiratory infections and pneumonia.

Again, these symptoms are often the worst-case scenario but do highlight just how serious the presence of pests can be.

Another rare illness that is attributed to rodent waste is Weil’s Disease. Rather than contracting the illness by coming into direct content with faeces, it is instead contracted by contaminated water via open cuts on the body.

The contamination is normally due to rat or mouse urine being present in the water, and while normally experienced more in farming locations, this isn’t to say that it can’t be experienced in a more conventional home.

Those who rely on rustic water supplies or reside within an agricultural area will need to ensure that there are checks in place to ensure that no pests are present. Livestock can also be subjected to the dangers of pests, so pest control is essential.

The symptoms experienced are comparable to flu, but often have more serious consequences, such as liver damage and meningitis.

Should I Be Worried?

If you have discovered any form of pest or droppings around the home, then it would be understandable that many will be concerned, especially given the above. However, in most instances, there will be little effect as long as the problem is dealt with promptly.

The problems associated with pests don’t normally present themselves if the property is hygienic but can make themselves known should any waste be left to accumulate.

When dealing with pests, there aren’t only the potential illnesses to consider. Pests earn their namesake by being intrusive, so it’s not unusual to see them around food, as well as damaging wiring and flooring.

Therefore, it’s important to call upon the services of a professional as soon as possible. Regardless of whether you’ve discovered a small nest of mice or an intrusion of cockroaches well as damage being incurred to wiring., calling a professional will ensure that there is less likelihood of any illnesses arising due to pest infestations.

Should I Deal with the Pests Myself?

When dealing with a pest infestation, it can be tempting to deal with the problem yourself in a bid to save some money. Although the occasional pest can be easily dealt with, those with an infestation will normally find that they’re fighting a losing battle.

This is because the solutions sold in shops for pest control are fine four a few pests, but sometimes getting to the root of the problem will require a more experienced and robust approach.

Pest control is also about safety, as some pest can be more vicious than others. Attempting to deal with problematic pests ourselves could not only mean that the problem is worsened but in more extreme cases could mean injury to ourselves.

Although there will be a cost associated with professional pest control, this is often much lower than having to deal with the ramifications of a pest infestation. It also gives you that peace-of-mind that the pests are being dealt with by an experienced professional.

Knowing how important it is to get rid of pests, you will want to ensure that you’re using the right pest control company.

When trying to deal with bests, it’s understandable that some will be concerned about the cost but using a cheaper solution could mean that the problem isn’t dealt with for the long-term, so you could end up sending more calling out another professional.

Of course, there’s nothing wrong with finding a great deal when it comes to pest control, but it’s important that you also consider the value of the service on offer.

A professional pest control company will treat each infestation separately, ensuring that the right approach is used every time. It will also ensure that services are carried out at a time that suits you, that has little impact on your living arrangements.

Those searching for pest control services in Chester will want to ensure that they’re paying the right price when it comes to using a pest control company but ensuring that the company also has the relevant and experience and reputation will ensure that your pest problem is eradicated quickly.